How Are Achilles Tendon Ruptures Repaired? 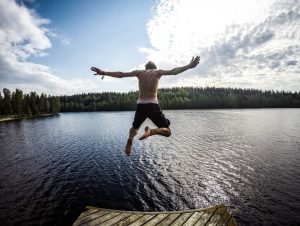 The Achilles tendon is the largest tendon in the body that connects the calf muscle to the heel bone, allowing people to walk, run, and jump. Because it’s so crucial to these common actions, an injured Achilles tendon can cause intense discomfort and difficulty moving about. These injuries don’t just happen to athletes—everyday movement and activities can cause damage and ruptures to the Achilles tendon. Fortunately, there are two well-known methods to help repair them.

Repairing a Rupture With the Arthrex® Pars System

The Arthrex® PARS System requires the doctor to first make a small incision near the site of the injury. After securing the top part of the torn Achilles tendon, the doctor can begin suturing with the help of a surgical tool called a jig. This stitching process is repeated on the lower part of the torn Achilles tendon so that the two halves of the tendon can be joined in the middle and successfully repaired. Then, the initial incision is stitched back together, and the Arthrex® PARS System procedure is complete.

Another way to fix an Achilles tendon rupture is with a procedure known as the Midsubstance SpeedBridge™ Repair. Like the Arthrex® PARS System, the Midsubstance SpeedBridge™ Repair method begins with opening up the leg via an incision and suturing the upper portion of the Achilles tendon, but here the process is different. Instead of reconnecting the torn halves of the tendon with sutures, the doctor makes two more small incisions on the lower portion of the tendon where it connects to the heel bone. He then drills and taps holes into the lower portion of the tendon, through which the top portion can be reattached using the existing sutures and a lasso, resulting in a stronger, more secure reattachment that doesn’t require suture knots.

K. Mathew Warnock, MD proudly offers both of these procedures to patients in the Houston area. He also specializes in a range of knee, shoulder, and other orthopedic procedures. If you need repair for an Achilles tendon rupture or another injury, schedule your consultation with our office today by calling 281-807-4380.

5 Important Questions to Ask Your Surgeon Before Knee Surgery

How Often Should You Stretch After an Injury?

5 Important Questions to Ask Your Surgeon Before Knee Surgery

3 Questions to Ask Your Shoulder Surgeon Before Your Procedure

The Best Stretches for Shoulders, Elbows, and Wrists